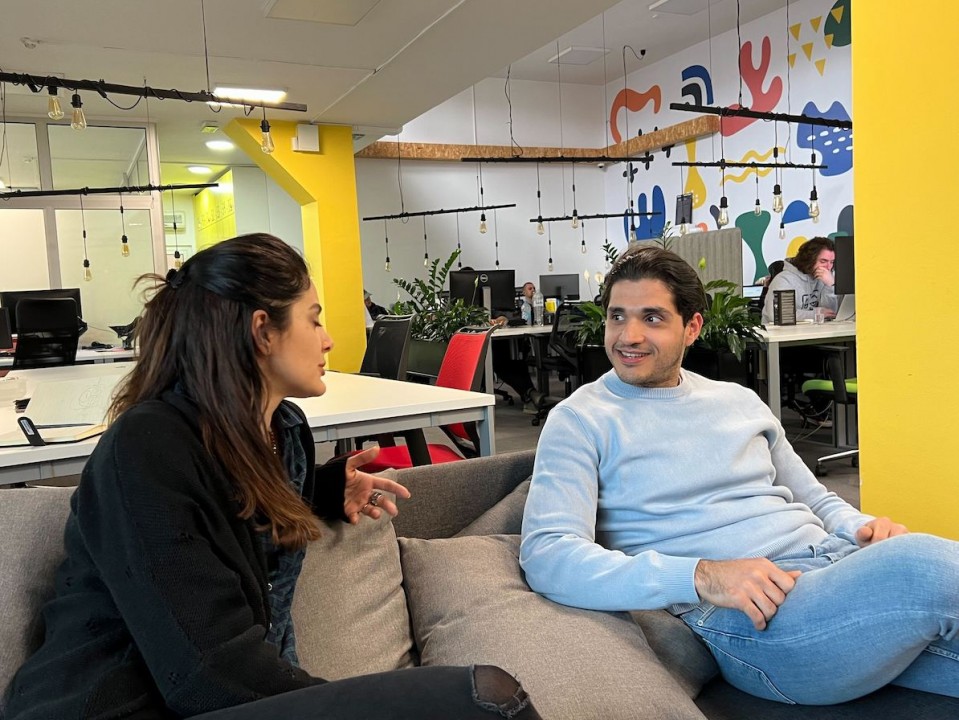 Mehdi Rashadatjou - 'Never pay for education, because you can learn everything you want to learn yourself!'

Mehdi Rashadtjou is a self-taught developer. He is of Iranian origin, was born and lives in BiH and currently works for a Scandinavian company as a frontend developer. Community Manager Ivona Narančić talked to Mehdi about his professional commitment, formal education and his future.

﻿Mehdi Rashadatjou is a 25-year-old whose parents came to the Balkans from Iran almost half a century ago, and he has not been in Iran for over 10 years and, as he says, he barely speaks Persian now. Mehdi currently works for a Swedish company that deals with live streaming, video demands, and the system is pay per view. He is currently employed as a Frontend developer and uses primarily the ReactJS framework, and is working on maintaining the iOS decay and TOS decay that his company is developing for the Apple platform. When asked what prompted him to combine the frontend and iOS, he answered that it was out of necessity and added that there are not many interesting technologies (and projects) in the Balkans. So many colleges deal with the same technologies, such as basic and simple things like introductions to web development, HTML or CSS, while advanced courses for Python developers or Swift projects are very difficult to find because they go beyond some "standard" frameworks and require. a little more effort. So, out of necessity, because I primarily deal with iOS, but if I don't have a project at the moment, I focus on Frontend and immediately find a project - although the hourly rate is lower due to greater competition, but that's OK too. "

During the conversation, we went back to his beginnings as a programmer. He recalls it all started when he finished high school because he didn’t know what his next step was supposed to be. "I knew I didn't want to go to college, so programming was the only industry I could get into without any budget. In any other industry that you want to enter, you need a start-up capital."

According to a 2016 survey by Stack Overflow, one of the largest developer communities on the Internet, the percentage of self-taught developers was 69.1%

The tershouse community is made up of a large number of developers, both self-taught and college-educated. Mehdi is categorically against formal education, and according to him, he could never see himself in that system, which is mentally and physically exhausting for him. "After high school, I decided that I didn't want to be in the same box with everyone, and if I jump out of that, I consider myself less valuable. It just doesn't make sense to me", says Mehdi.

According to Mehdi, the good side of the IT industry in the context of employment is that everyone has to go through a technical interview when applying for a job, regardless of whether you have a college degree or not, as he says, "that paper has no value with knowledge and skills, you will not pass. Of course, when someone comes as the best student, it can certainly is impressive, but also when I come up with a project that is live, has users and is successful – that is just as equally impressive."

Mehdi likes to work as a freelance developer because it gives him the freedom to do what he thinks is best and that is why his favorite project he has worked on so far has been an ordering platform that just required his engagement.

"Never pay for education, because you can learn everything you want to learn yourself, so there is no point in paying for knowledge!"

Tershouse coworking space is currently the largest coworking space in BiH and has around 70 members, and Mehdi became part of the community a few months ago. When asked why he decided to work from the coworking space, he said that in the period since the beginning of the COVID 19 pandemic, he worked alone and that it had a bad effect on him. "I am aware that this job requires me to look at the computer all day, concentrate on solving problems and everything else. But the problem is that we are social "animals"! I need to come to the office, socialize a little, hang out and relax with other people - it suits me mentally. And it's a necessity just like a computer for a programmer is. He also adds that "it's nice to have something like a tershouse where you can get among people who go through the same thing as you and understand you."

In the end, I asked Mehdi what his life motto was, and he answered in the spirit of the conversation, "never pay for education, because you can learn everything you want to learn yourself, so there is no point in paying for knowledge!"