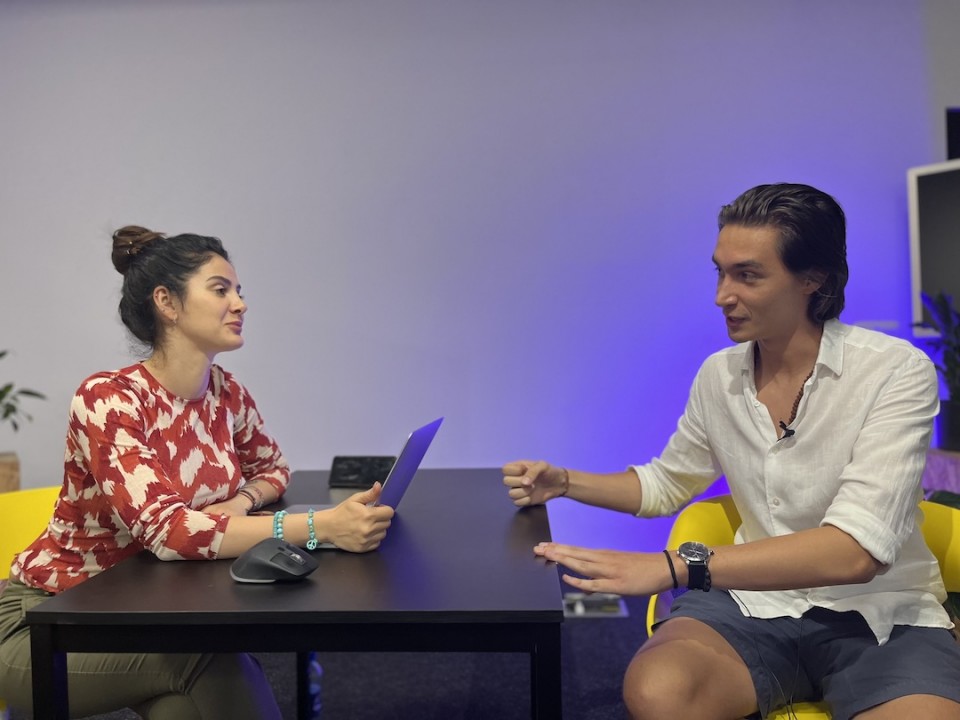 He is one of those coworkers that you will see in various ‘interest’ groups in tershouse. He is interested in many, at first, unrelated topics - from spirituality, chess, all the way to game development, which he has been professionally engaged in for 6 years, that is actually his boyhood dream. Ivona Narančić, the Community manager of terhouse, interviewed Jasmin.

﻿﻿﻿﻿﻿On the well-known global platform for freelancers Upwork hehas been the top-ranked game developer for a long time. Currently, he freelances, mainly for the foreign market. He likes to pose, he likes to joke, but many will also recognize him as a co-worker who is always there for others when they need it, and who knows how to be very serious when the situation calls for it.

He doesn't like public appearances or any kind of media exposure, but we managed to persuade him to do this interview.

"It's difficult in BiH because game development is not taken seriously enough, so there are not enough studios or companies dealing with it, and consequently young people have nowhere to learn and work." Another limitation is that the optionto go abroad is not possible, considering that no one wants an employee without experience, and thus a vicious circle is created.'

We started a conversation about how it all started.

"When my father bought me my first computer, I played pokemon and beat the game. Then I realized that it would be great if there were more levels, or if I could change something. That was the main driver - to change and edit the game myself according to my wishes.' Jasmin Škamo was the best-ranked game developer on the well-known global platform for freelancers 'Upwork' for a long time. I was interested in what his journey was like, from a beginner to someone who is so good at his job. He explains that it all started when he and his friends Andrej and Dragan, who are also part of the tershouse community, indulged in their boyhood dream. "After finishing high school, we had a long vacation and decided to try making video games. Back then, there weren't that many resources for game development, so it was very difficult and challenging. But somehow we managed, and after four months we released the game on Steam, the biggest platform for video games. The game was sold in a few thousand copies at a low price. The earnings at that time motivated us to believe that we can do this in the future.'

The fact is that today few game developers, especially in Bosnia and Herzegovina, are engaged in game development, which at first sounds very fun and interesting. When asked why this is so, Jasmin explains that game development is simply not taken seriously enough, as it actually is. Games, as he explains, are a kind of media for simulating an experience, such as a book or a movie, with the fact that games are interactive where you actually become a participator. "It's difficult in BiH because game development is not taken seriously enough, so there are not enough studios or companies dealing with it, and consequently young people have nowhere to learn and work." Another limitation is that the option to go abroad is not possible, considering that no one wants an employee without experience, and thus a vicious circle is created.'