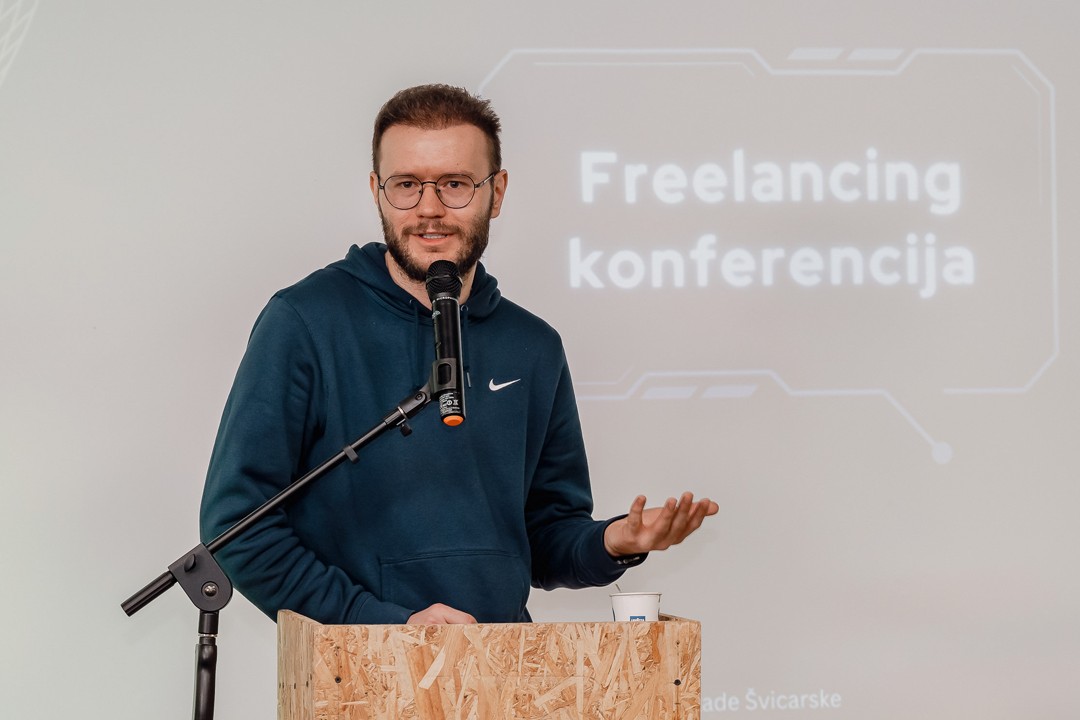 tershouse is the place where people come because they love to be there. Interview with founder of tershouse Nermin Šehić was conducted by intern Jessica Hsu.

Nermin was 7 or 8 years old when he desired to emulate his neighbor, who could fix up his old PC so that he could play games and solve all sorts of problems. He set out to study at the University of Sarajevo School of Technology (SSST) for its technical curriculum, which serves as a basis for his approach to product development and his plans to strengthen the entrepreneurial ecosystem in Sarajevo. Now, he’s demonstrating that a coworking space can not only spark a dynamic community and ecosystem, but it can help people grow through business and professional development.

Nermin is the founder and CEO of tershouse, a Sarajevo-based coworking and event space determined to operate as the place central to local startup development and the locomotive that pushes the ecosystem forward.

Prior to founding the company in late 2019, Nermin had a fruitful career as a hybrid-remote and freelance software developer. Being more tied to an office is the flip side of creating a fast-growing business. “That might be a bit of a downside, but it affected me positively because it opened up a whole new spectrum of things that I needed to learn,” Nermin said. COVID happened four months after tershouse opened its doors to its coworking clientele, and Nermin pushed his way through the hurdles in crisis management.

The unexpected role of community

That’s how tershouse arrived at coworking and event space. Coworking refers to a community space oriented towards handling an office-or workspace in better ways than a company whose primary goal is not to manage an office but rather something else.

At tershouse, freelancers, small companies, and remote workers form a tribe, providing the impetus for nurturing socialization and networking in competitive Bosnian industries. Undoubtedly, when diverse people spend time with each other in a coworking space, they ask for support from one another. With startup activity circulating, a coworking space is a recruitment place to augment doing business. “It's just a connectivity thing that helps us all grow," Nermin explained to me. “Everybody here is small when you look at the global scale and we help each other grow and that’s what I am very passionate about seeing even more in the future.”

The trend of coworking has been prevalent in the past 5 to 7 years in larger European and American cities. There isn’t much of a trend in Sarajevo. “We have a very hard time explaining to people what a coworking is,” Nermin shared.

It’s this understanding of the culture of work being perceived and the permittance of a hybrid model where companies are allowing employees to work remotely which convinced Nermin to start with the coworking model. People arrive with the expectation of renting a desk to work for 2 or 3 hours per day, but it ends up being a lot more, he told me.

Stepping up in the marketplace

Globalization enables a company to employ a person from Bosnia and Herzegovina and then give them the option to live in Bosnia instead of relocating. In turn, it broadens tershouse’s market and the potential size of tershouse’s clientele. Having been subscribed to newsletters about the latest locations, acquisitions, scalability, and other forecasts meant that Nermin was up to speed with the growing visibility and popularity of coworking spaces. And tershouse is already planning its expansion.

Since last October, tershouse has devised its 5-year strategy and has started looking for a niche where it could provide a useful solution and explore the market’s potential. For example, the lease of a new building would be 5 times the size of the current office space. tershouse intends to compare and compete with larger providers in Europe, matching them in terms of products, services, facilities, and design. “We’re fully committed,” Nermin said.

What’s been going well has been the fact that tershouse is constantly full and that there is a continuous demand for more space, and not just for a desk reservation.

The people who come to tershouse are open-minded, daring, business-oriented, relaxed, modern, and vibrant, Nermin said. In this place, people are not only productive but always content to say whatever is on their minds. The self-proclaimed ‘not a CEO guy’ sits at a ‘very messy’ desk alongside everybody.

The team assembled at tershouse works hard to seek out global trends that it can follow to improve the experiences and offerings for people in the space. Although Nermin reports that half of his time is for tershouse and the other half is doing software, he is moving away from running tershouse day-to-day in hopes of committing to software development. He believes in giving his staff scope for the initiative to get the job done.

The startup ecosystem in Sarajevo is an early-stage ecosystem. While it is emerging, it lacks investment vehicles from a scaling angle. Without the proper foundation to scale a business model, it is hard to have a startup leading to a scaleup. Moreover, registering a business in addition to closing one is expensive.

The excessive presence of outsourcing companies has left few product-based companies and has often left the ecosystem barren of a desirable scale in its startups and growth-oriented businesses.

The ecosystem, in turn, loses its capacity to retain and support the development of the IT industry (which is the fastest-growing industry in BiH), stimulate angel investor activity, as well as to attract VCs in the current situation to provide bigger investments.

The government of Bosnia and Herzegovina is pushing for growth in the entrepreneurial ecosystem primarily through donor-driven projects rather than a policy framework. Yet, education and training in business literacy and customer segmentation are lacking. Programs such as Accelerator Lab and EU4Business run by international donors are a step in the right direction, but other groups in the community, like freelancers, remain largely neglected.

Nermin and his team took a trailblazing approach. 60% of tershouse’s members are people from the IT industry. tershouse wants to finance ideas that people in the community have and then have shares in them. To act as an accelerator for IT products, tershouse has started collaborations with freelancers. To fuel these development plans, Tershouse is ready to morph into a product development coworking space at the new building. tershouse will also debut its own product.

But the plans do not stop here. The second area of focus and innovation within tershouse is to have multimedia studios and workshops for audio and video that can be combined depending on the needs of people. For instance, an audio engineer can come, visit workshops, and rent a studio to work on projects. This project Nermin plans to start next year would also be an accelerator program for audio-and video-related community and content, similar to what Berlin-based coworking space Factory is doing.

Nermin sees this avenue as an exciting niche community for Sarajevo.

“In Sarajevo, due to the Film Festival, we have a lot of potentials to be involved, and I see some of the biggest financings in movie production. We want to position ourselves as a bootstrap for talent who want to or need a space to develop their ideas and potentially take their ideas into a stage further.”

These two areas of focus and innovation within tershouse are opportunities for Tershouse to adapt and experiment as pioneers. Especially since, Nermin said, no one else is doing anything similar in the country.

The tershouse framework brings together practices whose first objective is to support startup success and push or even remedy the current ecosystem. To meet the demand for the IT and the audio and video sectors, tershouse would create ways to guarantee growth in terms of companies having their own products, having their own spinoffs, and having institutional backing behind models.

For a startup that was subject to revenue pressures, this means reviving the incentives and mechanisms for scaling. The more actors like Nermin, who can educate people and validate ideas in this phase of acceleration (especially with Bosnia’s astounding tech talent), the more benefits it brings to fill in the gaps of knowledge missing at that stage.

tershouse is evolving in the next few years. The move to a new building, the launch of the accelerator program, the development of its products, and the opening of multimedia studios are just some updates and new changes on the horizon. tershouse is the least grumpy coworking space in Bosnia, the trendsetter of emerging workspaces in Bosnia, and the heart and soul of Sarajevo’s startup sphere.